KDE Plasma Desktop 5.12, a new long-term support release, was released a day ago. Here’s how to install it in (K)Ubuntu 17.10 via PPA.

Plasma 5.12 is the second LTS release from the Plasma 5 team. It features: 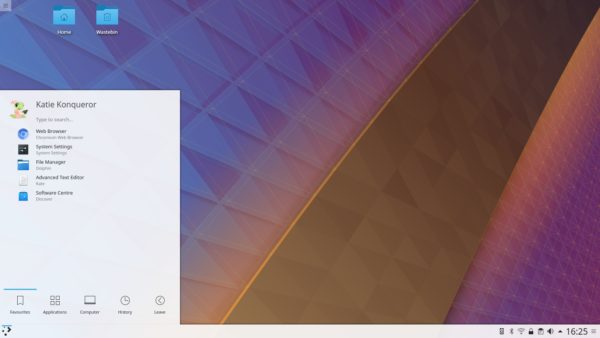 Kubuntu backports PPA has made the packages for (K)ubuntu 17.10.

Type in your password when it prompts and hit Enter.

2. Then upgrade your system to get the latest Plasma Desktop via either Update Manager or command:

After the upgrade process has completed, and assuming everything went well, reboot your computer.

For non-Kubuntu user, you may first install the kubuntu-desktop package either from Ubuntu Software or by running below command before doing the upgrade.

To undo the changes and restore to the stock version of Plasma Desktop in your main Ubuntu repository, purge the PPA via command: