Wireshark network analyzer reached 2.4.5 release a few days ago. Lots of vulnerabilities and bugs has been fixed in the release.

How to Install Wireshark in Ubuntu:

You may first check the PPA link for package version before doing following steps. 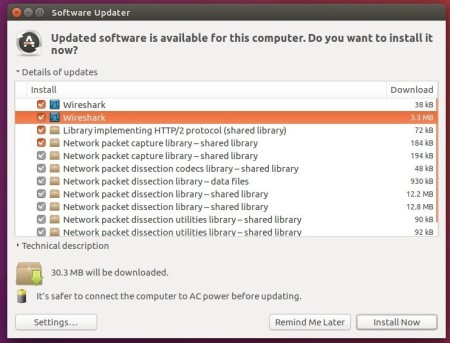 I'm a freelance blogger who started using Ubuntu in 2007 and wishes to share my experiences and some useful tips with Ubuntu beginners and lovers. Please comment to remind me outdated tutorial! And, notify me if you find any typo/grammar/language mistakes. English is not my native language. Contact me via [email protected] Buy me a coffee: https://ko-fi.com/ubuntuhandbook1
Go to mobile version
We use cookies to ensure you get the best experience on our website. Privacy policyGot it!No
You can revoke your consent any time using the Revoke consent button.Revoke consent