HPLIP 3.19.1, HP developed Linux drivers for HP inkjet and laser based printers, was released one day ago with new devices and Linux Distros support.

1. To install the software, download the package “hplip-3.19.1.run” from the link below:

2. Then make the downloaded file executable from its Properties dialog: 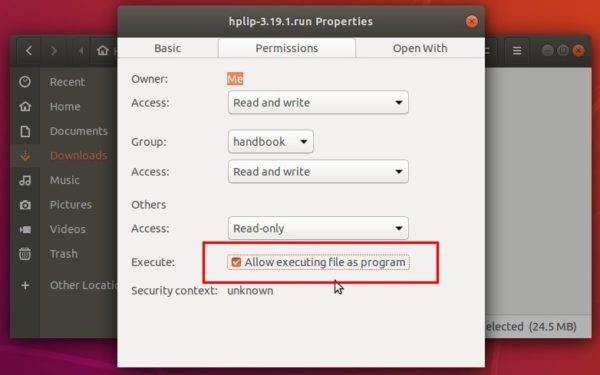 3. Finally open terminal either via Ctrl+Alt+T or search for “terminal” from app launcher. When it opens, run command to start installing it:

4. Then follow the terminal prompts, answer some questions to build and install HPLIP on your system. When everything is done, plug/re-plug your printers and enjoy! 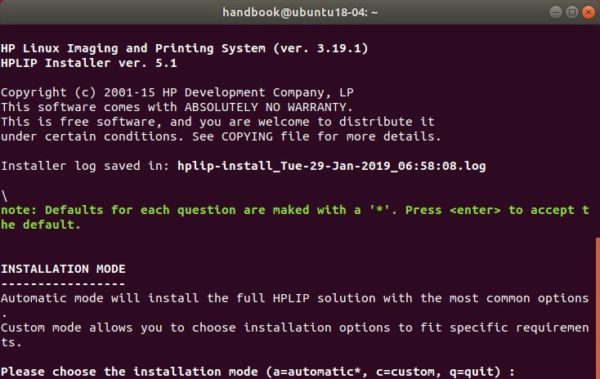