Eric Python IDE Available to Install via Snap in Ubuntu

Eric, a full featured python editor and IDE, now can be easily installed in Ubuntu 16.04, Ubuntu 18.04, and higher via Snap package.

“Eric is a full featured Python editor and IDE, written in Python. It is based on the cross platform Qt UI toolkit, integrating the highly flexible Scintilla editor control. It is designed to be usable as everdays’ quick and dirty editor as well as being usable as a professional project management tool integrating many advanced features Python offers the professional coder. eric includes a plug-in system, which allows easy extension of the IDE functionality with plug-ins downloadable from the net.”

While Eric is always old in the Ubuntu official repositories, Eric snap package is made to easily install the updated version of the IDE in Ubuntu. 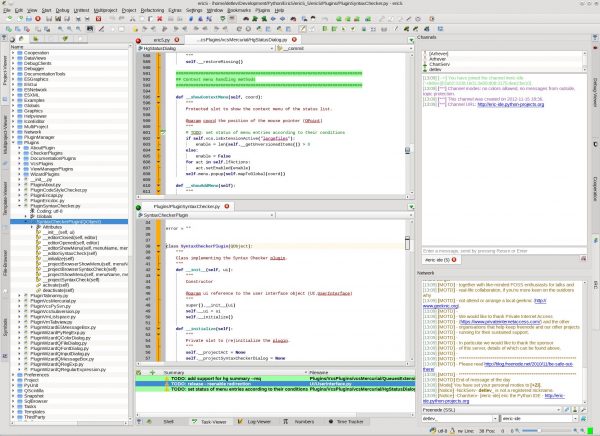 For Ubuntu 18.04 and higher, simply open Ubuntu Software, search for and install Eric.

NOTE there are multi Eric packages in Ubuntu Software, select install the one from Snap Store. 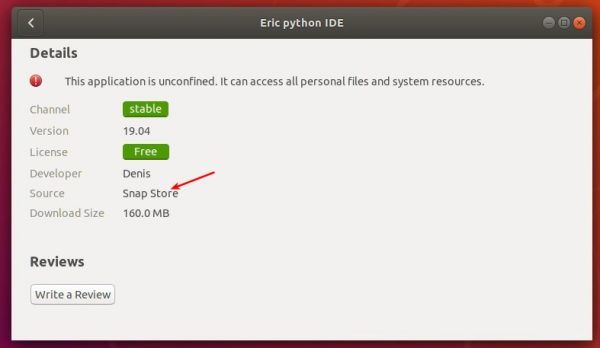 Then install the snap via command:

To remove the snap package, either use Ubuntu Software or run command in terminal:

I'm a freelance blogger who started using Ubuntu in 2007 and wishes to share my experiences and some useful tips with Ubuntu beginners and lovers. Please comment to remind me outdated tutorial! And, notify me if you find any typo/grammar/language mistakes. English is not my native language. Contact me via [email protected] Buy me a coffee: https://ko-fi.com/ubuntuhandbook1
Go to mobile version
We use cookies to ensure you get the best experience on our website. Privacy policyGot it!No
You can revoke your consent any time using the Revoke consent button.Revoke consent