TeXstudio 2.12.18, an open-source LaTeX text editor, was released today. Here’s how to install it in all current Ubuntu releases including the next Ubuntu 20.04 LTS.

It has been half a year since the last release, the latest TeXstudio 2.12.18 is mainly a bug-fix release. Most notably change is better support of regexp in search (Qt5 version only). There’s also some cwl added, and many bug-fixes.

And TeXstudio 2.12.18 is the latest release supporting Qt4. 1. Open terminal either by pressing Ctrl+Alt+T on keyboard or by searching for ‘terminal’ from software launcher. When it opens, run command:

Type user password (no asterisk feedback) from sudo prompt and hit Enter to add the PPA.

2. If an old version was installed in your system, remove the texstudio-doc, texstudio-l10n (if any) package before upgrading the software:

3. After adding the PPA, you can either upgrade the editor via Software Updater: 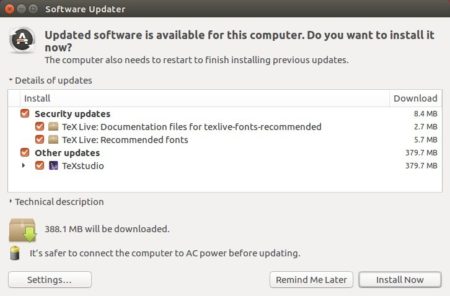 or run commands in terminal to install or upgrade the software:

To remove the LaTeX editor, run command in terminal:

And go to Software & Updates -> Other Software to remove PPA repositories. 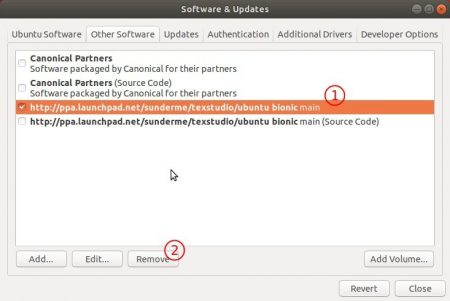