Gscan2pdf, a graphical tool to produce PDF / DjVu from scanned document, released version 2.6.5 with some bug fixes and improvements. Here’s how to install it in all current Ubuntu releases. 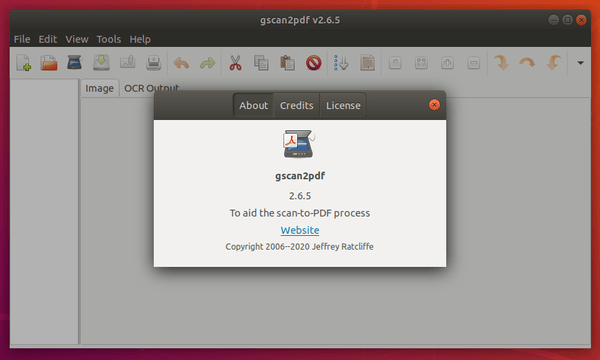 Or run following command in terminal to install or upgrade the software: