Blender 2.83 was released a few days ago. It’s marked as the first LTS (Long Term Support) release with 2-year support with critical fixes.

Blender is the third and final update of the Blender 2.8 series, the new release features:

This release focuses on performance improvements – faster undo, higher performance for the Grease Pencil toolset, and adaptive sampling in the Cycles render engine – enabling artists to increase the complexity of their scenes. It also delivers brand-new sculpting tools such as the physics-enabled Cloth Brush and Face Sets. The Nvidia RTX AI-accelerated denoiser is now available in the viewport, greatly speeding up render previews. For a full list of updates, check the release notes at blender.org. 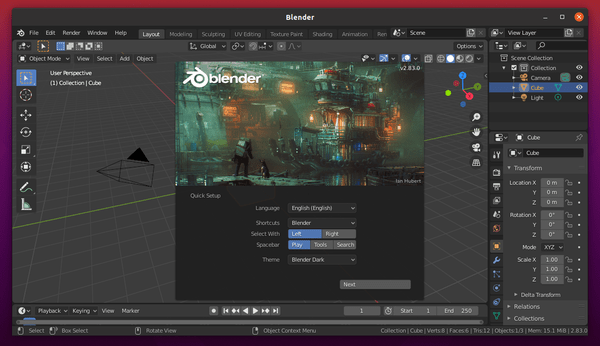 How to Install Blender 2.83 in Ubuntu:

The Blender Snap package (runs in sandbox) powered by Blender Foundation can be directly installed from Ubuntu Software. 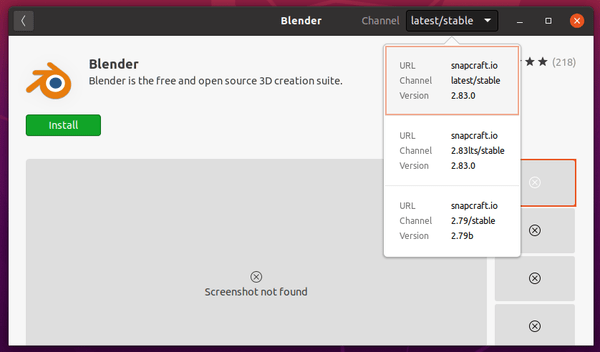 1.) Open terminal either by pressing Ctrl+Alt+T on keyboard or by searching for ‘terminal’ from ‘show applications’ menu.

Type your password (no asterisk feedback) for sudo prompt and hit Enter to continue.