Looking for a Linux music player to manage large local collections? Mpz is a new open-source player that does the job.

If you like to organize your music in folders, then this player might be for you. It doesn’t try to index all the files into a library, but rather treats your files and folders as a library and provides a convenient way to create playlists directly from folders. Similar to Foobar2000’s Album List, but it’s not an attempt to clone.

The main feature is 3-columns UI allows you to quickly create playlists from folders via middle-click and switch between playlists.

Other mpz features include:

How to Install mpz in Ubuntu:

The software developer maintains binary packages for Ubuntu, Debian, CentOS, Fedora, openSUSE, etc, which are available to download at the link below: 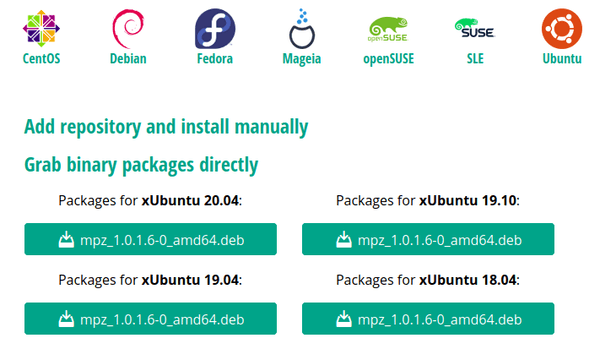 For Ubuntu, grab the deb package and install it either via Gdebi or apt command in terminal: