The fourth maintenance update for KeePassXC 2.6 was released with various minor bug-fixes, and some new features.

KeePassXC 2.6.4 now provides native ARM64 builds for the new Apple Silicon M1 Macs. For the time being, it comes without support for signed KeeShare containers due to dependency incompatibilities.

In the new release, you can now switch between light and dark mode without restart the application. For Windows and Mac OS, it also responds automatically to light/dark theme changes in the system.

With an updated libgcrypt library, a buffer overflow vulnerability now is fixed in Windows and Mac OS. Users are urged to upgrade as soon as possible. 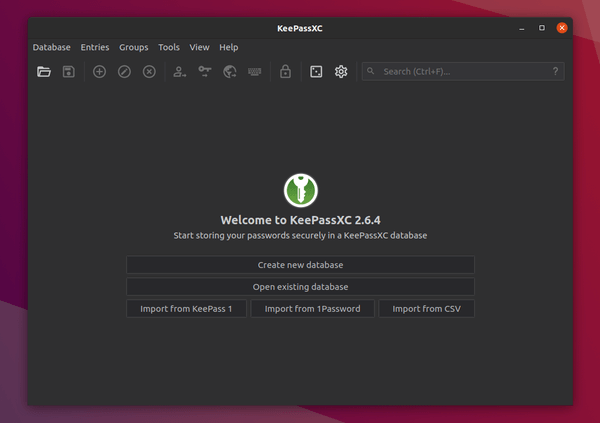 Other changes in KeePassXC 2.6.4 include:

How to Install KeePassXC 2.6.4 in Ubuntu:

1.) Open terminal either by pressing Ctrl+Alt+T on keyboard, or by searching for ‘terminal’ from system application launcher.

Type your password (no asterisk feedback) when it prompts and hit Enter to continue.

2.) Then either update the software package using Software Updater 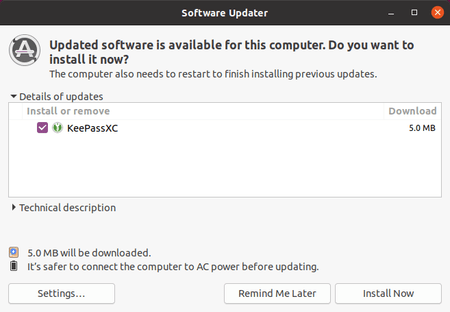 or run command to install the software:

You can run the PPA repository simply by running command in terminal:

And if you want, remove keepassxc password manger via command: