For KDE users want to install the latest Plasma 5.21.5 desktop, it’s now available in the backports PPA for (K)Ubuntu 21.04.

Plasma 5.21.5 was released more than a week ago with stability improvements and bug-fixes. As well as the KDE Frameworks 5.81.0, they are now available to install via Kubuntu Backports PPA. 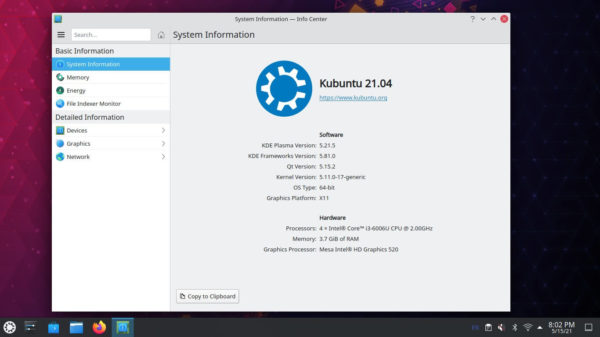 Search for and open a terminal emulator from start menu. When it opens, run following commands one by one.

To add the PPA repository, paste the command below and hit run:

For KUbuntu 21.04, simply run apt upgrade to install available upgrades of all packages.

Finally restart your machine to apply changes and enjoy!