HexChat is an IRC client based on XChat, but unlike XChat it’s completely free for both Windows and Unix-like systems. HexChat was originally called XChat-WDK which in turn was a successor of freakschat.

Here’s how to install HexChat via PPA in Ubuntu 13.10, Ubuntu 13.04, Ubuntu 12.04 and their derivatives such as Linux Mint and Elementary OS.

Press Ctrl+Alt+T on your keyboard to open temrinal. When it opens, run below commands to add the ppa:

Then update system package lists and install the IRC Client: 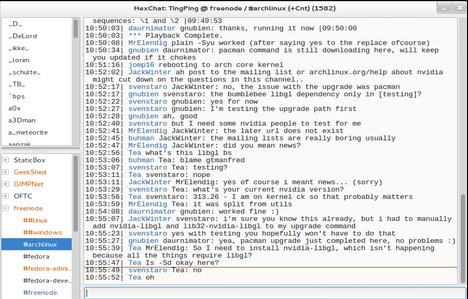