This simple tutorial is going to show you how to play your PSP games in Ubuntu desktop with ppsspp Sony PSP emulator.

PPSSPP can run your PSP games on your PC in full HD resolution. It can even upscale textures that would otherwise be too blurry as they were made for the small screen of the original PSP.

All trademarks are property of their respective owners. The emulator is for educational and development purposes only and it may not be used to play games you do not legally own.

PPSSPP is available in its official PPA for Ubuntu 14.10, Ubuntu 14.04 and their derivatives. To install it, press Ctrl+Alt+T on keyboard to open the terminal. When it opens, run the commands below one by one:

Replace the last command if you want to install the sdl version: 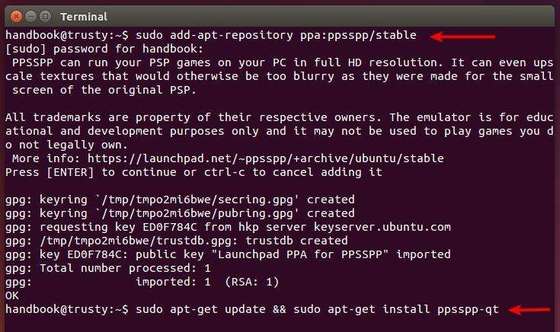 Load psp game via the emulator:

Start the psp emulator, under Games tab navigate to the folder that saves your PSP games (.iso files). 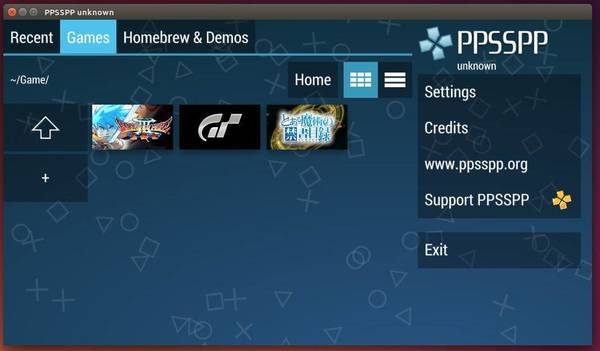 Use arrow keys to choose and hit enter to load the game: 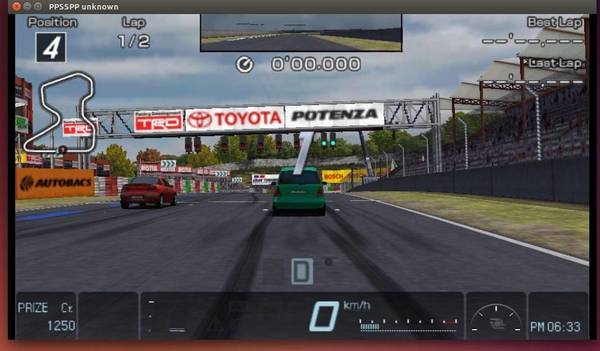