‘Go For It’, A Stylish To-Do List App with Built-in Timer | UbuntuHandbook

‘Go For It’, A Stylish To-Do List App with Built-in Timer

Go-For-It is a new and open-source to-do list application available for both Windows and Ubuntu Linux. It features a simple and stylish UI with built-in productivity timer.

To-do lists are stored in the Todo.txt format. This simplifies synchronization with mobile devices and makes it possible to edit tasks using other front-ends. 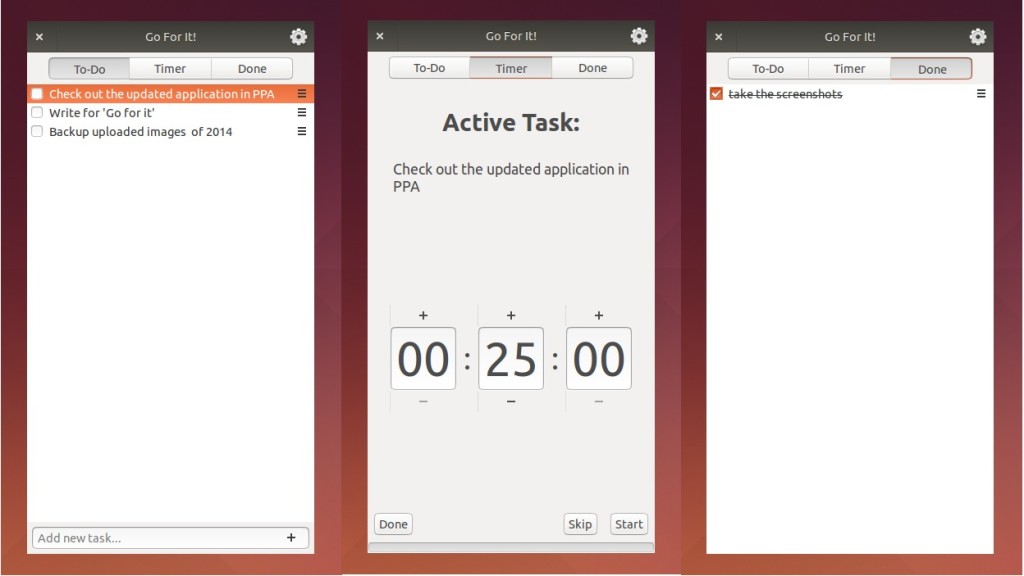 The developer has created a Youtube video that describes the workflow of this application:

How to Install ‘Go For It’:

To add the PPA and install the app, open terminal from the Dash or by pressing Ctrl+Alt+T. When it opens, run the commands below one by one:

Or you can simply download & click install the .deb package via Software Center (i386 for 32-bit, amd64 for 64-bit) the matches your OS edition at the PPA packages page.

NOTE: Due to the bug related to Unity Overlay Scrollbars, the background sometimes looks like broken. As a workaround, run command below to edit the app’s shortcut file:

When the file opens, edit the ‘Exec’ line so that it looks like:

This disables the overlay scrollbars for the single app. 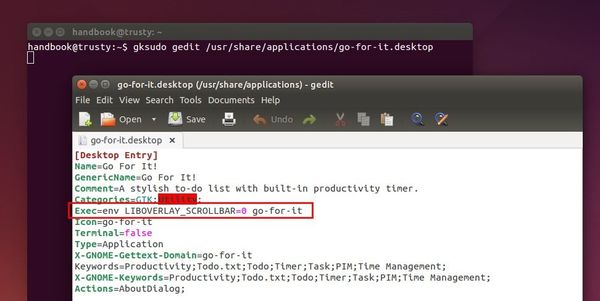 One response to ‘Go For It’, A Stylish To-Do List App with Built-in Timer