Audacious player, a descendant of XMMS, has reached the 3.6 release at the end of February, which brings the new Qt-based user interface.

This Qt 5 based UI can be installed alongside the existing GTK+ and Winamp Classic interfaces. But is not yet as feature-rich as the existing interfaces, it will be the basis of a Mac OS X port of Audacious. 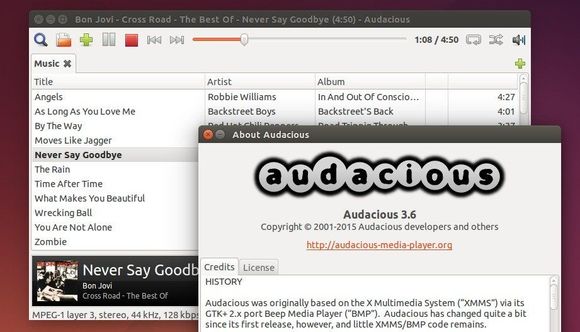 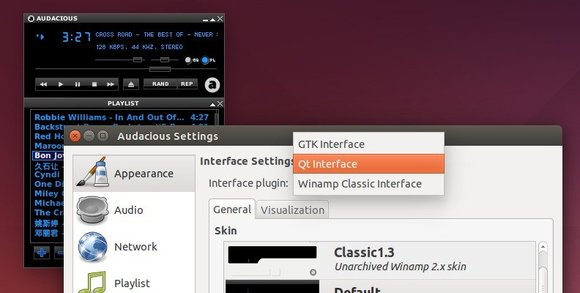 Audacious 3.6 switches back to GTK2 by default. It can still be built with GTK3 if desired, but GTK2 is recommended for any desktop environment other than GNOME 3.

There are also some other (requested) features in the 3.6 release:

How to Install Audacious 3.6 in Ubuntu:

Webupd8 Team is maintaining a PPA with audacious packages for Ubuntu users, but the 3.6 release is not included at the moment (Check out the PPA page).

Once it’s available in the PPA, open terminal from the Dash/Menu or by hitting Ctrl+Alt+T on keyboard. When it opens, run below commands one by one to add PPA, update system cache, and install/upgrade Audacious:

Can’t wait? For Ubuntu 14.04 LTS and Linux Mint 17.1, you can install my personal Qt build of Audacious 3.6 as well as plugins via below commands:

(Optional) If for some reasons you want to remove this audio player (installed from my personal ppa), run below commands in terminal: