Corebird, a native Gtk+ Twitter client for Linux desktop, gets a new release recently though there’s even not a release note.

Corebird 1.0.1 was released silently without a release note and even changelog file in its source tarball. The only change I can tell is that it now provides minimize, maximize, and close at top-left corner in Ubuntu 15.04 both Unity and Gnome Shell. 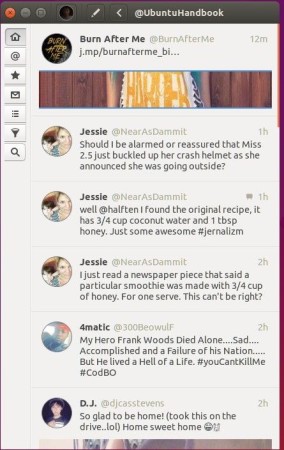 For Elementary OS Freya, the global menu (gear button) has been merged into header bar. 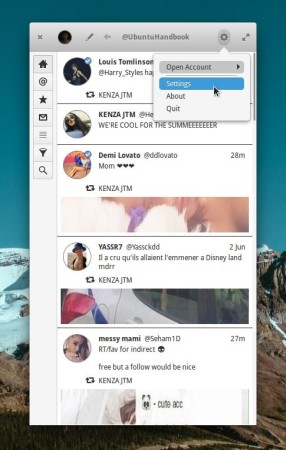 For Ubuntu 15.10 and Ubuntu 15.04 user, open terminal from the Dash, Launcher, or by pressing Ctrl+Alt+T on keyboard. When it opens, run below commands one by one to get it from PPA:

For Elementary OS Freya and those who don’t want to add PPA, grab the .deb installer from launchpad page.

UPDATE: Ubuntu 14.04 is not supported! If you REALLY want this app, first add Gnome Testing PPA (USING THE PPA COULD BREAK YOUR SYSTEM OR MAKE IT UNSTABLE!) and update your system cache, finally install the .deb from the previous link.