The 1.0 release was announced recently when it’s 10 years old and features: 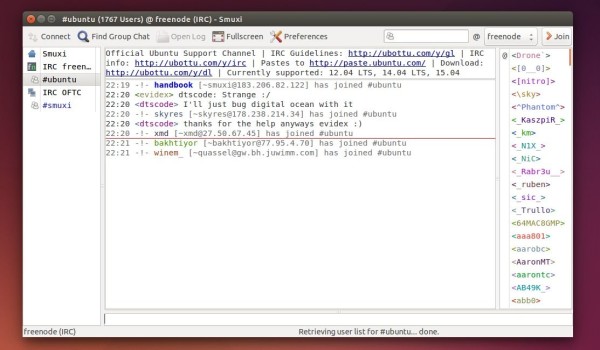 1. Open terminal from the Dash, App Launcher, or via Ctrl+Alt+T shortcut keys. When it opens, run command to add its stable PPA:

2. If you have an old version installed on your system, just launch Software Updater/Update Manager and upgrade the software after checking for updates.

Or use Synaptic Package Manager (available in Software Center) to check for updates and install Smuxi 1.0: 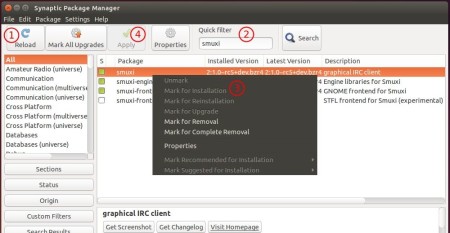 For those who are familiar with command line, just run below commands one by one: