How to Install or Upgrade to qBittorrent 3.2.4 in Ubuntu 15.10 | UbuntuHandbook

A new release of qBittorrent, a free BitTorrent client in Qt, was released yesterday with a new feature, various bug-fixes and other improvements.

qBittorrent 3.2.4 is the last release in the 3.2.x series. It adds a feature that auto-select the file of single file torrents when opening destination folder, and finally fixes an obscure “hit-and-run” bug with trackers. 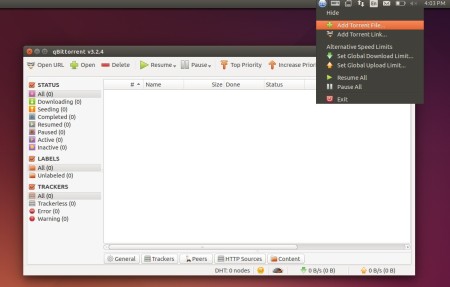 Open terminal from the Dash, App Launcher, or via Ctrl+Alt+T shortcut key. When it opens, run command:

2. For those who have a previous version installed, launch Software Updater (or Updater Manager for Mint, need refresh). You’ll see qBittorrent in the update list 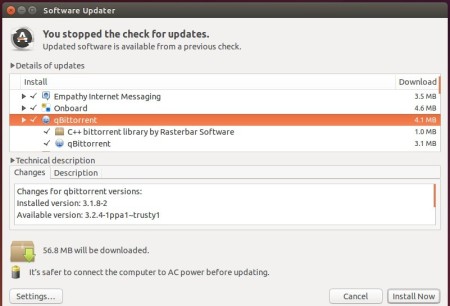 Or run below commands one by one in terminal to update repository cache and install/upgrade the software: