How to Install Wireshark 2.0 in Ubuntu 15.10 Wily | UbuntuHandbook

Wireshark has reached the new table 2.0 release recently and it has been made into Ubuntu 16.04’s official repositories. Here’s how to install Wireshark 2.0 in Ubuntu 15.10 using a PPA. 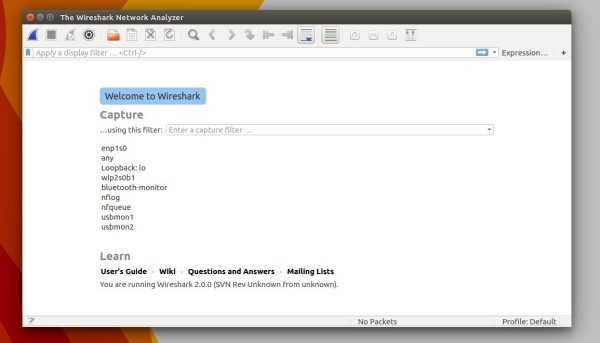 Open terminal from Unity Dash, App Launcher, or via Ctrl+Alt+T key combination. When it opens, paste below command and hit enter:

Type in your password when it asks, no visual feedback so just type in mind, and hit Enter to continue.

If you have a previous installed, launch Software Updater. After checking for updates, you’ll see this popular network protocol analyzer in the list. Install the updates and done. 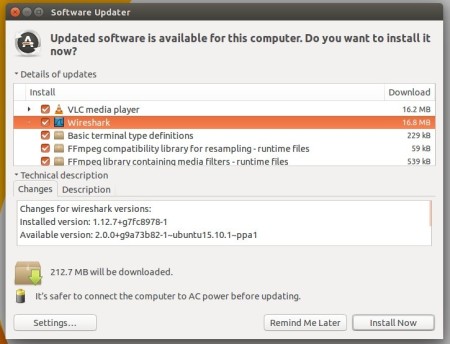 Or, paste below commands one by one and run to update repository cache and install/upgrade the software: