Here’s a brief tutorial that shows how to install Komodo Edit with Unity integration in Ubuntu 16.04 LTS via PPA.

Mystic-Mirage is maintaining a PPA contains unofficial Komodo Edit packages with patches for Ubuntu integration. Support for Ubuntu 16.04 was added a few days ago. 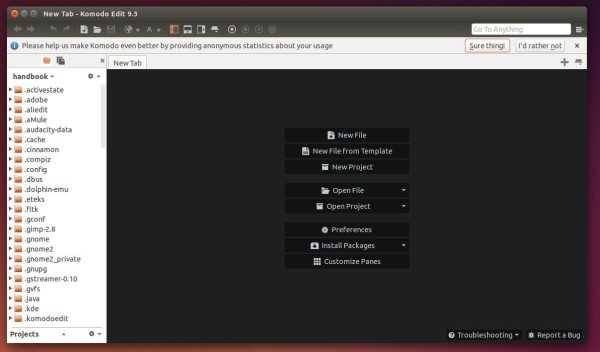 Type in your password (no visual feedback) when it asks and then hit Enter to continue.

2. After added the PPA, search for and install komodo-edit via Synaptic Package Manager after clicking Refresh.

Or run following commands one by one:

For those who don’t want to add PPA, grab the .deb installer from PPA file archive.