Corebird, an open-source GTK+3 twitter app, has reached the 1.3 release with some new features and build system improvements. 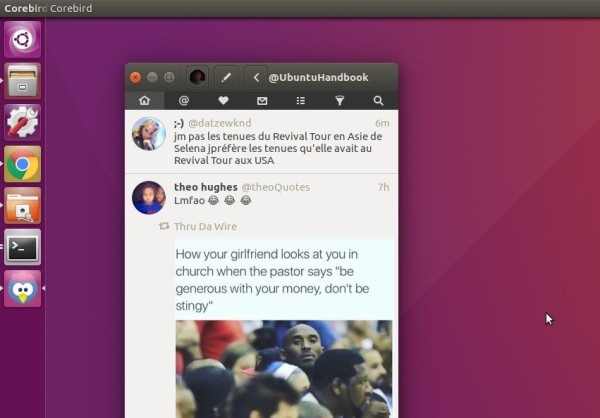 Besides building the software from source, you can install the latest release from third-party PPA, Ubuntu 16.04 and its derivatives are supported.

Open terminal (Ctrl+Alt+T) and run the command below to add the PPA:

Type in your password when it prompted and hit Enter.

2. If you have a previous release installed, just launch Software Updater and upgrade it after checking for updates.

Or run the commands below one by one in terminal to update and install Corebird Twitter client: