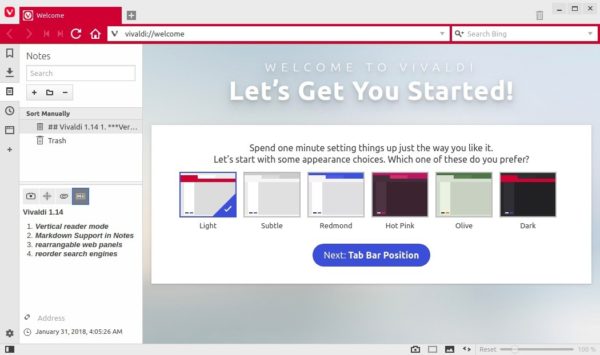 How to Install Vivaldi 1.14 in Ubuntu:

The official DEB binaries are available in the link below:

Grab the deb matches your OS, then install it via Ubuntu Software or Gdebi package manager. Or run command in terminal:

NOTE that for those prefer upgrading Vivaldi from its official apt repository, Vivaldi 1.14 is held back due to a proprietary media support issue, read HERE for details.