“This is a follow-up to the End of Life warning sent earlier this month to confirm that as of today (July 19, 2018), Ubuntu 17.10 is no longer supported. No more package updates will be accepted to 17.10, and it will be archived to old-releases.ubuntu.com in the coming weeks.

The original End of Life warning follows, with upgrade instructions:

At that time, Ubuntu Security Notices will no longer include information or updated packages for Ubuntu 17.10.“ 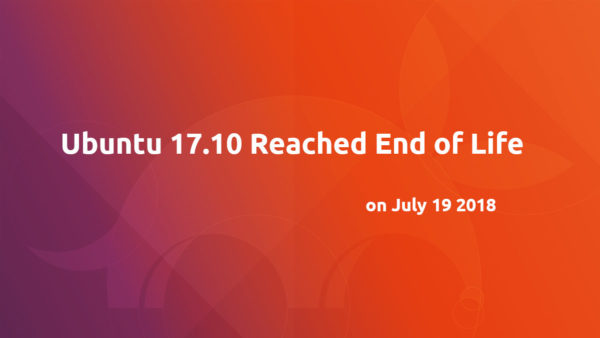 And it’s always a good choice to do a fresh install of Ubuntu 18.04 LTS.