Ubuntu 21.10 daily build got an update for its gnome-control-center package(System Settings) recently. The ‘Standard’ mode is finally removed from the Appearance settings.

The Yaru theme developer team submitted the request to remove the ‘Standard’ theme when in June, since both GTK3 and GTK4 do NOT support having different background / text colors for headerbar than in the rest of the window.

The development build of Ubuntu 21.10 finally apply the change in the recent update. The ‘Window colors’ options under Appearance settings are now only fully dark and fully light. There’s no longer dark header bar with light window color called ‘Standard’. 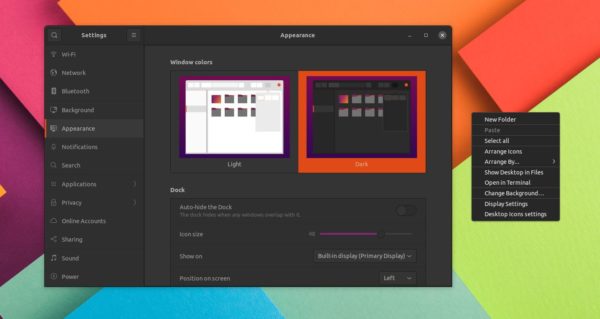 Along with the new thumbnail preview, the context menus for the desktop, file manager, and other Gnome apps also inherit the dark and light appearance setting. 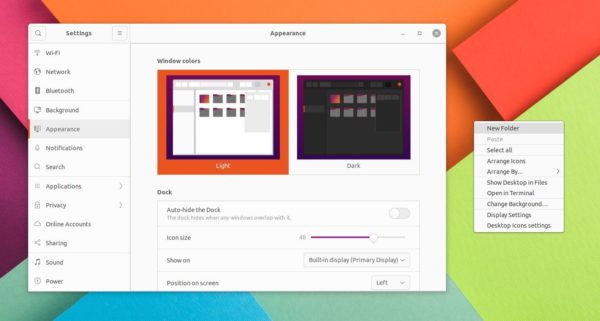 They are still some apps, e.g, Gnome Terminal and Ubuntu Software, that are not implemented for the changes.

As before, the settings do not change the color of top-bar menus, notification, and left dock menu, etc. However, a patched version of gnome-control-center is available to easily toggle the WHOLE system to Dark or Light.