Pinta, an open-source, bitmap image drawing and editing program inspired by Paint.NET, has reached release 1.5 with many new features, improvements. Add-in support is one of the great new features.

As you may know, Pinta is a bitmap image editor with many features typical of image editing software including drawing tools, image filters and color adjustment tools. It features unlimited undo history, unlimited Layers, and multiple language support. 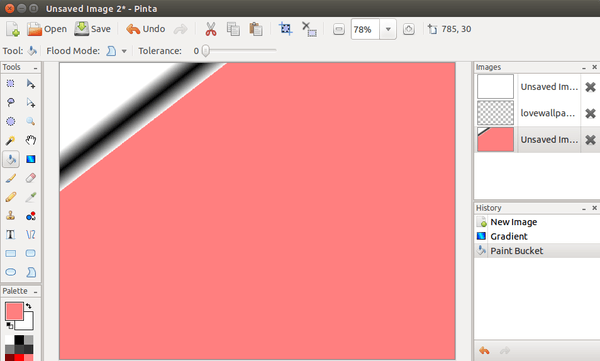 Th latest Pinta 1.5 was released on May 24 which brings following new features and improvements:

User can now use the Add-in Manager (under the Add-ins menu) to browse and install add-ins.The developers are in the process of setting up a community add-in repository which will be included by default in future Pinta releases. 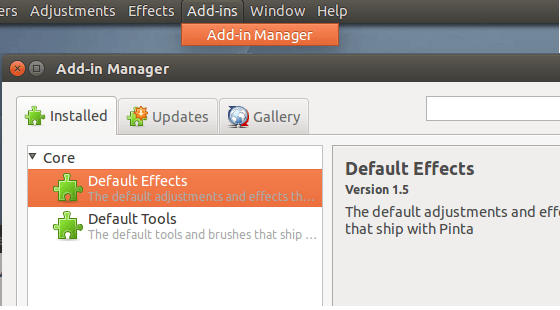 Also, there are a lot of bug-fixes. See the release note for details.

To install it, press Ctrl+Alt+T on keyboard to open the terminal. When it opens, run the commands below one by one:

(Optional) To remove this app as well as the PPA repository, run: