digiKam team has announced the release of digiKam Software Collection 4.1.0 one week ago, with many fixes since the stable v4.0.0. According to the announcement, the new release contains below changes: 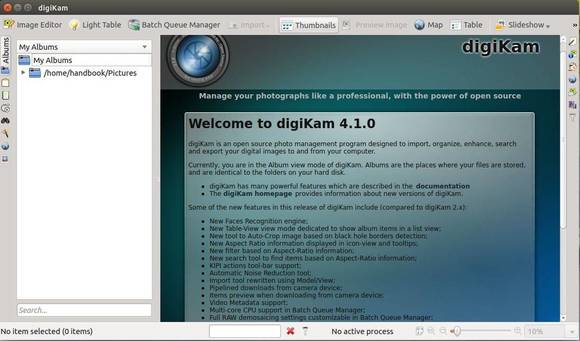 digiKam 4.1.0 depends on the latest opencv 2.4.9 which is not yet available in Ubuntu repository. Fortunately, a third-party PPA, maintained by Philip Johnsson has built them for Ubuntu 14.04 Trusty LTS.

To add the PPA and install digiKam 4.1.0, press Ctrl+Alt+T on keyboard to open the terminal. When it opens, run commands below one by one: