XFCE4 desktop now has a hot-corner panel plugin that provides an easy way for users to set hot corner action, though there’s already a Gnome app brightside works on Ubuntu with Xfce.

XFCE4 HotCorner Plugin is a new project created one week ago. It currently supports the following operation in primary display:

It also provides an option to disable hot corner when active window is fullscreen. 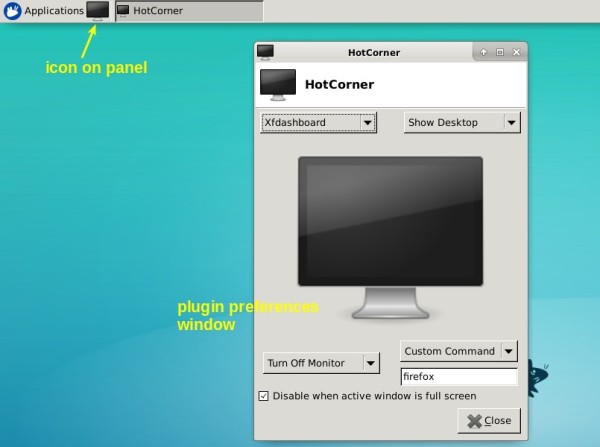 To install the HotCorner plugin and receive future updates, run below commands one by one in a terminal emulator:

For those who don’t want to add PPA, grab the .deb package from .

To install the plugin, select download one of below packages that matches your OS type (32-bit=i386 or 64-bit=amd64)

Then double-click to install the package via Software Center, or install it via dpkg command.

After installing the plugin, go to Xfce4 panel preference window and add HotCorner plugin to panel:

Finally set your hot corners actions from the plugin’s preference window and enjoy!