FetchCord is a simple tool grabs your system information and displays it as Discord Rich Presence.

FetchCord is written in Python 3 and relies on Neofetch for your basic system information. With the handy tool, you’ll see your system info inside Discord user’s profile. 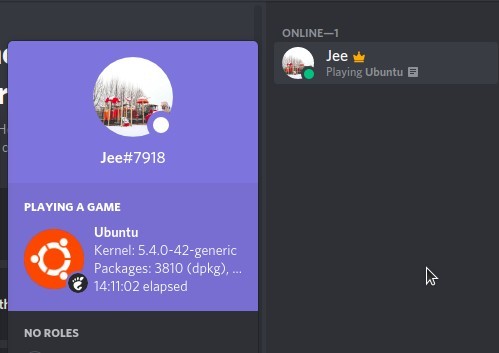 2. Then install Fetchcord via pip command:

Once installed, run fetchcord command while Discord is running and enjoy!

NOTE: while the software is in very early stage, it may have bugs. For any issue report to the Github page.