It’s cameractrls, a new open-source tool that provides Python CLI and GUI (GTK, TK) to set the Camera controls in Linux. It can set the V4L2 controls and it is extendable with the non standard controls. As the picture shows, it has the slider bars to adjust the brightness, contrast, saturation, sharpness, and hue, which also configurable via the default Cheese app. There are as well options to switch between Aperture Priority Mode and Manual Mode to adjust camera exposure, backlight compensation, toggle HDR. White Balance temperature is also configurable in both auto and manual mode. How to Install the Camera Control App in Ubuntu & Other Linux:

This is a Python app that should work on all recent Linux distributions. To install it, open terminal from start menu (Ubuntu user may just press Ctrl+Alt+T on keyboard) and run the command below one by one:

1. Firstly, run command to install git in case you don’t have it:

The command is only for Debian, Ubuntu, Linux Mint based systems. Fedora user replace apt with dnf.

2. Grab the source by running command:

After downloaded the tool, run command to verify if it works for you!

3. If the app launches and works, you may then run command in the same terminal window (close the app to continue) to install the app shortcut icon. Finally, you can search for and open the app from start menu ('Activities' overview):

How to Remove this Camera Control App:

To remove it, first open terminal and run command to remove the shortcut icon file:

And remove the source folder via command: 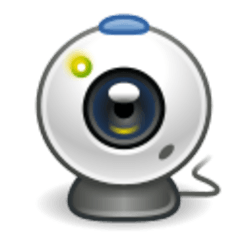 Guvcview is a video capture tool for cameras supported by the linux UVC driver, although it should also work with any v4l2 compatible device.

You can also use guvcview as a control window only, (from console: guvcview –control_only), this allows image control on other apps, like ekiga, cheese, mplayer, skype, etc. 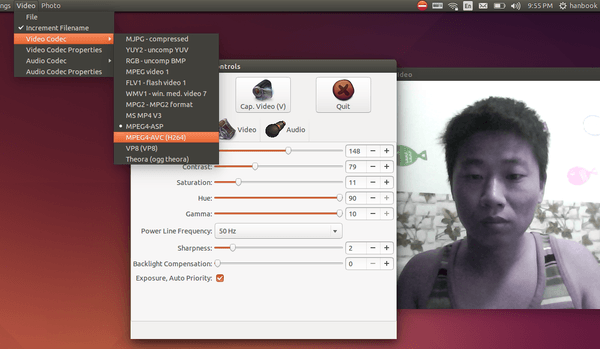 While Ubuntu 14.04 has Guvcview 1.7.1 in its repositories, the latest has reached Guvcview 1.7.3 with following changes:

The official v1.7.3 packages from sf.net were built on Ubuntu 13.10 and they don’t work on Ubuntu 14.04 Trusty due to dependencies problem.

I’ve rebuilt it into PPA based on Ubuntu 14.04, just download and double click to install it via Ubuntu Software Center.