It’s Notepad Next, a C++ application uses Qt5 toolkit for its user interface. Compare to Notepadqq (another Notepad++ like editor), this app looks almost same to Notepad++. And it’s a cross-platform app that not only supports for Linux, but also works Windows and MacOS.

I’m not a programmer and don’t even use Notepad++, so I can’t tell how it different to this original Windows app. Just try it out yourself:

NOTE: Though the application overall is stable and usable, it should not be considered safe for critically important work.

For Linux, just grab the .AppImage package, add executable permission and run to launch the app. You may alternatively install the app as Flatpak package. Setup the Flatpak daemon first and then install it by running command: For those who want to install Notepad++ text editor in Ubuntu, though there’s already a Linux alternative called Notepadqq, a snap package of Notepad plus plus running with Wine now is available.

Snap is an universal Linux package format with almost all required libraries bundled in its installation file. And wine is a compatibility layer capable of running Windows applications on Linux. 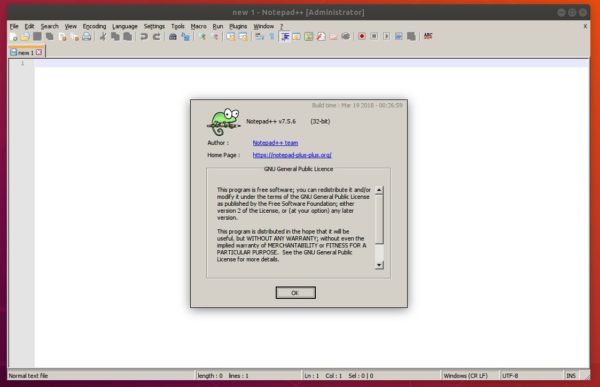 1. To make things easy, the latest Notepad++ 7.5.6 runs with wine has been made as snap package, so it can be easily installed via Ubuntu Software:

or you can open terminal (Ctrl+Alt+T) and install the snap via Linux command:

2. After installed the snap package, you may install some plugs via commands:

Finally launch the text editor from your application launcher and enjoy! 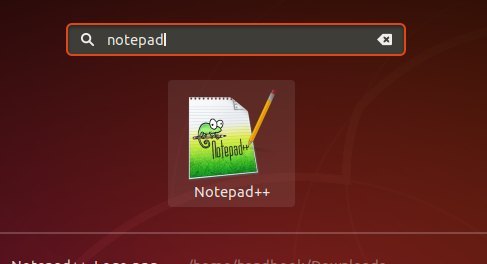 NOTE for Ubuntu 16.04 users first time installing a snap package, you may install the snapd daemon first via command:

Notepadqq is a free, open source, and Notepad++-like text editor for the Linux desktop. It’s written in C++ and works on Qt5.

Notepadqq helps developers by providing all you can expect from a general purpose text editor, such as syntax highlighting for more than 100 different languages, code folding, color schemes, file monitoring, multiple selection and much more.

You can search text using the power of regular expressions. You can organize documents side by side. You can use real-time highlighting to find near identifiers in no time. 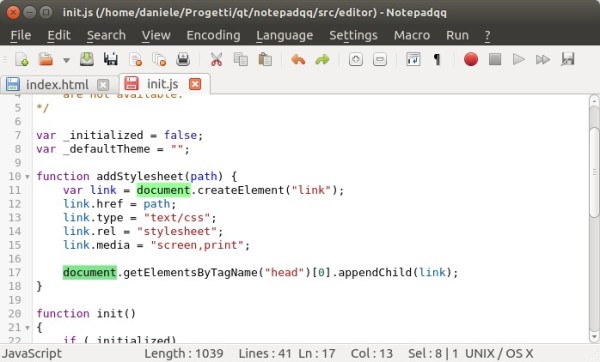 2. After that, refresh system package cache and install the editor via Synaptic Package Manager: 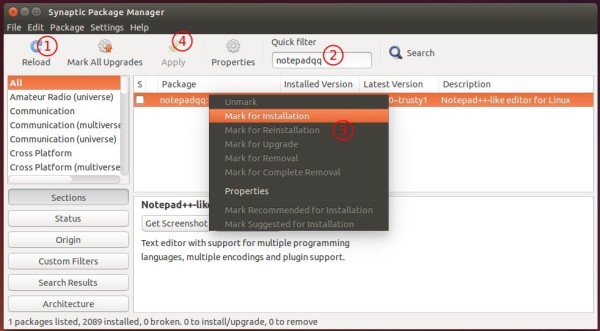 or by running below commands one by one:

And you can receive future updates of this editor just as part of system updates via Software Updater.