The open-source non-linear video editor, Pitivi 1.0, is finally near after thirteen years of development.

Pitivi 1.0 release candidate “Ocean Big Chair”, marked as version 0.99, has many bug-fixes and performance improvements. There are quite a few important fixes thanks to the students who contributed in Google Summer of Code.

The development is focused on bug fixing until Pitivi 1.0. A flatpak repository has been created so Ubuntu users can easily install the latest release of Pitivi via following steps. 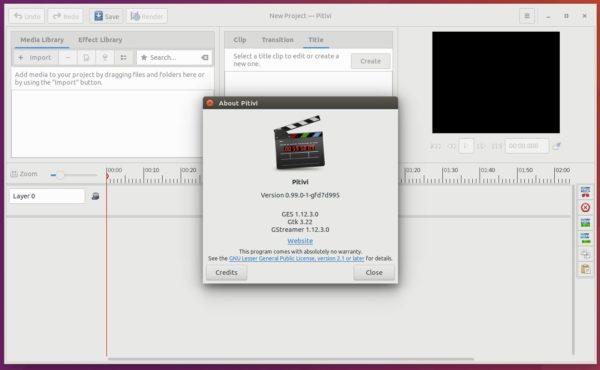 How to Install Pitivi via Flatpak in Ubuntu:

1. For Ubuntu 16.04, first open terminal (Ctrl+Alt+T) and run following commands to install flatpak daemon while it’s not available by default:

Once installed, launch the video editor either from your application launcher or via command:

In addition, to update the Pitivi flatpak when a new release is available, run command:

And to uninstall the flatpak, run following command in terminal: