FFmpeg 4.4 “Rao” now can be installed in all current Ubuntu releases easily via an Ubuntu PPA.

FFmpeg is a free and open-source solution to record, convert and stream audio and video. The major 4.4 version was released almost a months ago with PGX decoder, AV1 encoding support SVT-AV1, AV1 decoder with hardware acceleration used only, AV1 VAAPI decoder, and so many other new features.

Thanks to Rob Savoury, an Ubuntu PPA is available contains the packages for all current Ubuntu releases.

Upgrading FFmpeg is not recommended for beginners unless you know what you’re going to do. It may cause dependency issue for some multi-media apps that depends on specified version of a media library.

Firstly open terminal either from system app launcher or by pressing Ctrl+Alt+T on keyboard. When it opens, run the command below to add the PPA:

For newest versions of graphics and multimedia dependencies, you can also add the following PPAs by running commands one by one:

As a widely used media library, it’s mostly installed on your system. So you can run command to upgrade it in terminal: 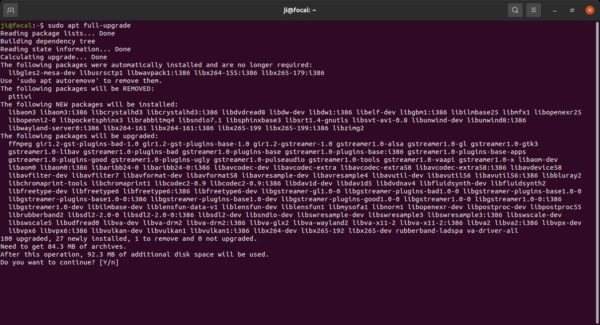 NOTE: using Software Updater is not recommended in the case. It may keep back FFmpeg since old libraries may be required for some apps, Pitivi in the case. 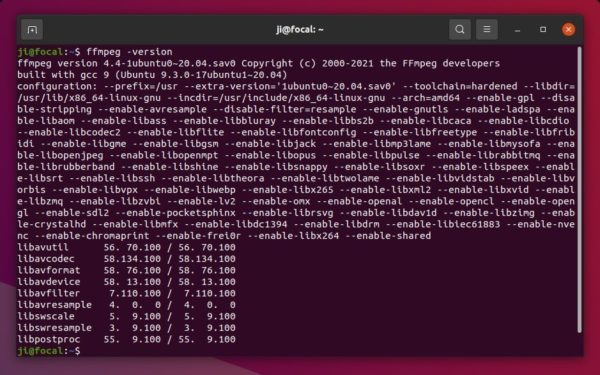 How to Restore Stock FFmpeg version:

You can purge the Ubuntu PPA which will also downgrade FFmpeg libraries to the stock version in Ubuntu. Also purging the FFmpeg PPA may also remove some apps for unknown reasons :(.

Then purge the PPAs one by one:

Got a video playing upside down? Here’s an easy way to rotate it via a single command in Ubuntu.

There are a few video players, e.g., SMPlayer, support for rotating by 90 degrees clockwise or counter-clockwise during video playback.

If you want to make it permanent by exporting video rotated, besides using a heavy video editing tool, e.g., Pitivi and Openshot, the single command in this tutorial may help. 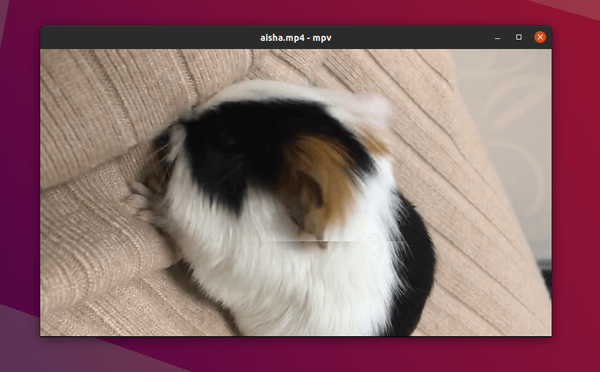 An upside down video

Firstly install FFmpeg if you don’t have it. FFmpeg is a large suite of libraries and programs for handling multi-media files and streams.

It is very popular and most likely already installed on your system, if you have any audio, video, and other multimedia relevant applications installed.

To make sure, open terminal (Ctrl+Alt+T) and run command:

Now you can run the single command to rotate a video:

Before this command, you may first navigate to the video folder either via cd command (e.g., cd ~/Videos), or in file browser go to the folder and right-click blank area and select “Open in Terminal”.

In the command, the number in “transpose=1” can also be:

(Thanks to Roman Sheydvasser) Add -c copy (or -codec copy) will copy all the frames instead of doing decode -> filter -> encode process. It will speed up the command quite a lot!

In my case, the command is: 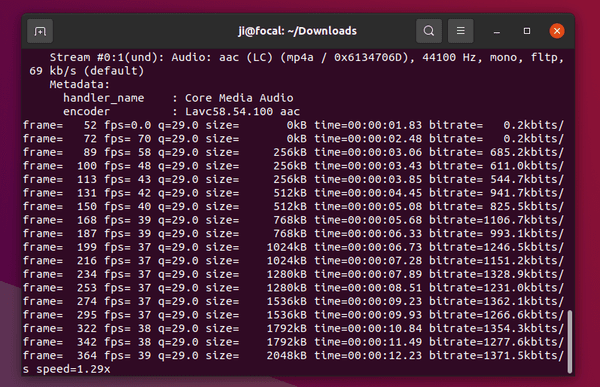 How to Install FFmpeg 4.0 in Ubuntu:

FFmpeg 4.0.2 is available in Ubuntu Software via SNAP package (Runs in sandbox).

1. Open terminal either via Ctrl+Alt+T keyboard shortcut, or by searching for ‘terminal’ from software launcher. When it opens, run command to add the PPA:

Type user password (no asterisks feedback) when it prompts and hit Enter.

2. You can then upgrade FFmpeg libraries via Software Updater: 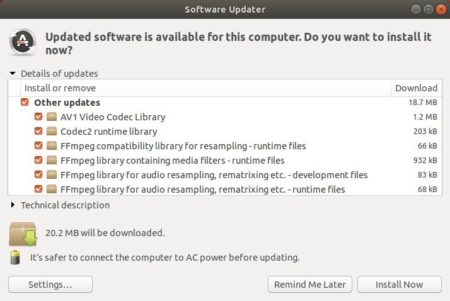 Or run commands in terminal:

For any reason, you can downgrade FFmpeg to the stock version in Ubuntu universe repositories by purging the PPA via command:

The FFmpeg multimedia library 3.4 “Cantor” was released earlier today. Here’s how to install it in Ubuntu 14.04, Ubuntu 16.04 via PPA.

How to Install FFmpeg 3.4 via PPA in Ubuntu:

Not recommended to upgrade from distribution build of FFmpeg, unless you need the latest version for special reasons. And some FFmpeg based applications may need to be re-built after following steps.

1. Open terminal via Ctrl+Alt+T or by searching for “Terminal” from the dash. When it opens, run command to add the PPA repository (unofficial):

Type in password (no visual feedback due to security reason) and hit Enter. 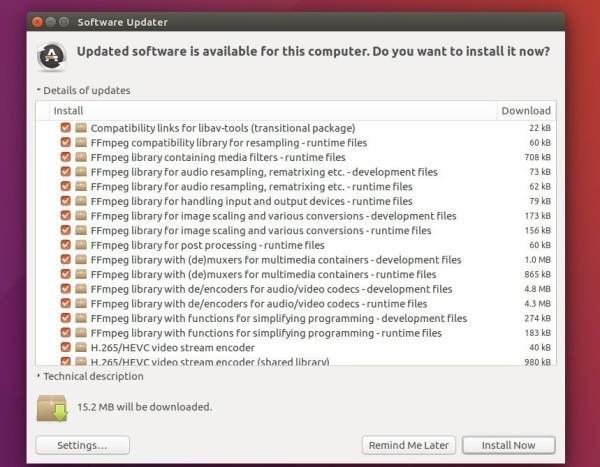 To undo the changes and restore to the stock version of FFmpeg in main Ubuntu repositories, purge the PPA via command:

This quick tutorial is going to show you how to install the latest FFmpeg multimedia library 3.3 “Hilbert” in Ubuntu 16.04, Ubuntu 14.04 via PPA.

FFmpeg 3.3 “Hilbert” is a new major release that features:

How to Install FFmpeg 3.3 via PPA in Ubuntu:

1. Open terminal via Ctrl+Alt+T or by searching for “Terminal” from the dash. When it opens, run command to add the PPA repository (unofficial):

Type in password (no visual feedback due to security reason) and hit Enter.

To undo the changes and restore to the stock version of FFmpeg in main Ubuntu repositories, purge the PPA via command: