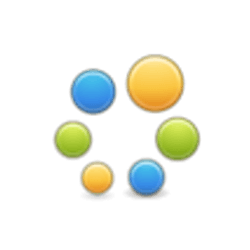 Gnome-Pie is a visual app launcher which opens rings with user defined actions at the pointer. It is inspired by OPie, a World of Warcraft addon.

The project has reached the 0.6.x series with some exciting new features, such as:

An old bug sometimes makes Gnome-Pie hang up and use 100% CPU has been fixed in the most recent release. 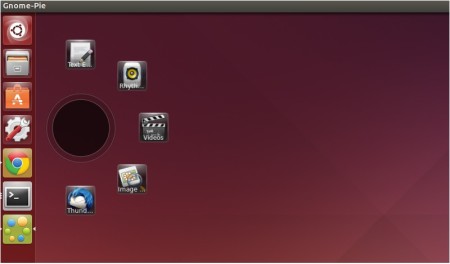 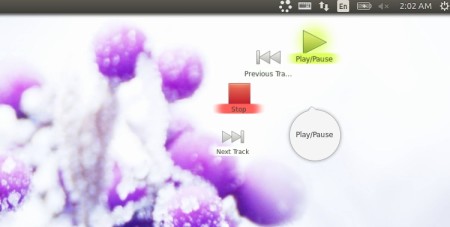 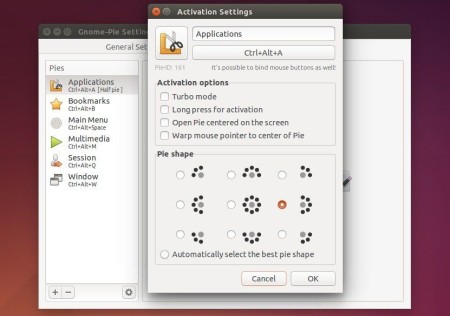 Install or Upgrade Gnome-Pie in Ubuntu:

1. Open terminal from the Dash/Menu (or press Ctrl+Alt+T). When it opens, run command to add the PPA:

2. After adding the PPA, launch Software Updater (or Updater Manager). If you have an previous version installed, Gnome-Pie should be available for upgrade in the list.

3. Or you can directly install the app from Ubuntu Software Center after checking for updates via step 2. 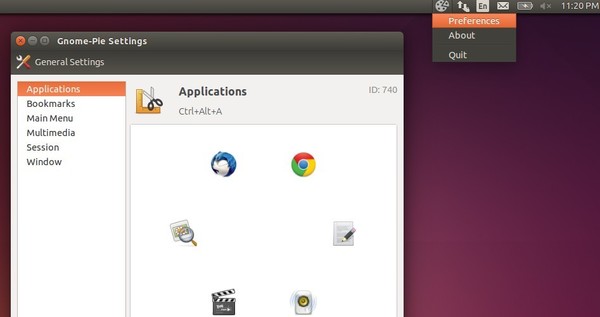 This tutorial shows how to install the latest Gnome-Pie, a circular application launcher for Ubuntu 14.04, Ubuntu 13.10 via PPA repository. 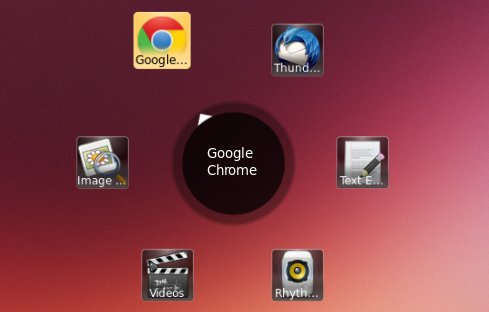 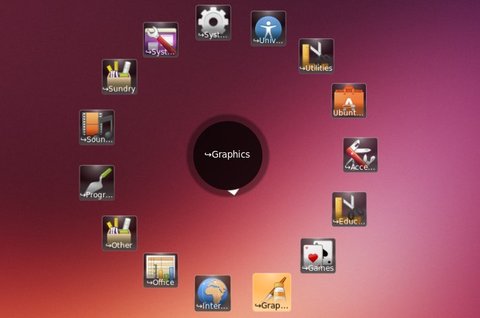 Gnome-Pie is available in Ubuntu Software Center, but the default version is a little old. To install the latest, press Ctrl+Alt+T on keyboard to open terminal. When it opens:

1. Copy and paste command below and run to add the PPA. Enter user password when prompt:

3. Finally install Gnome-Pie from Ubuntu Software Center or via the command:

Once installed, open it from Unity Dash or Menu. You’ll see the indicator applet on panel, click and go to the Preferences window for editing shortcuts and menu items.