Quick tutorial shows you how to install Nightingale, open source fork of Songbird music player for Linux, in Ubuntu 14.10 and Ubuntu 15.04.

Nightingale is a free, open source audio player and web browser based on the Songbird media player source code. As such, Nightingale’s engine is based on the Mozilla XULRunner with libraries such as the GStreamer media framework and libtag providing media tagging and playback support, amongst others. Since official support for Linux was dropped by Songbird in April, 2010, Linux-using members of the Songbird community diverged and created the project. Contrary to Songbird, which is primarily licensed under the GPLv2 but includes artwork that is not freely distributable, Nightingale is free software, licensed under the GPLv2, with portions under the MPL and BSD licenses. 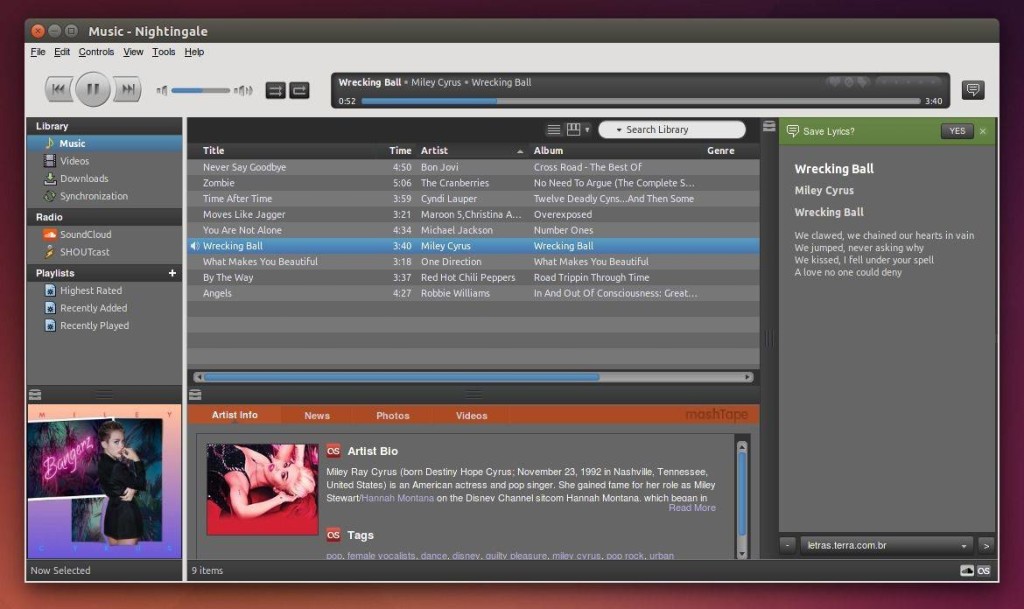 How to Install Nightingale in Ubuntu:

Nightingale Team provides a Launchpad PPA that contains the latest stable binaries for Ubuntu. So far, Ubuntu 15.04, Ubuntu 14.10, Ubuntu 14.04, Ubuntu 12.04 and their derivatives are supported.

After that, you can install the player via Synaptic Package Manager after checking for updates. Or just run the commands below one by one: