After more than two years of development, free open-source DJ software Mixxx 2.3.0 released as the big stable release with a total of 7477 changes over 1 million lines of code since the last release.

The new release introduced hotcue colors and custom labels. Hotcues can now have individual colors to make them visually distinguishable. And it’s now possible to see the hotcue labels on the overview waveforms, as well edit them by right-clicking.

For Rekordbox or Serato users, switching to Mixxx is easier. And it can now play tracks directly from USB drives that contain Rekordbox and Serato libraries.

The 2.3.0 also added Opus and HE-AAC streaming and recording support, as well as out-of-the-box support for:

Other changes in Mixxx 2.3.0 include:

1. Open terminal either from app launcher or by pressing Ctrl+Alt+T on keyboard. When it opens, run command to add the PPA:

Input your password (no asterisk feedback) when it prompts and hit Enter to continue.

2. If an old Mixxx package exist on your system, upgrade the DJ software using Software Updater:

And remove the PPA repository via Software & Updates, by removing relevant line utility under Other Software tab.

Input your password (no visual feedback while typing due to security reason) when it prompts and hit Enter to continue.

2. If an old version of Mixxx was installed on your system, upgrade the DJ software using Software Updater:

And remove the PPA repository via Software & Updates utility under Other Software tab.

The Mixxx team finally announced the release of its free, open-source DJ software Mixxx 2.0 after years of development.

Mixxx 2.0 comes with so many new features and below is a few of them:

For more details, go to the release page.

Open terminal from Unity Dash, App Launcher, or via Ctrl+Alt+T shortcut key. When it opens, paste below command and hit run:

2. Install or upgrade the software.

If you have a previous release installed, launch Software Updater after added the PPA to check for updates and upgrade Mixxx.

Or, run commands below one by one in terminal to do the update and install things:

After installation, you may keep the PPA for receiving future updates, or disable/remove PPA via either Software & Updates -> Other Software tab, or command:

Giada is a minimal, hardcore audio tool for DJs and live performers. Just pick your sample, drop it in any channel, and start the show by using this tiny piece of software as a loop machine, drum machine, sequencer, live sampler, or effect (VST) host. Giada aims to be a compact and portable virtual device for production use and live sets. 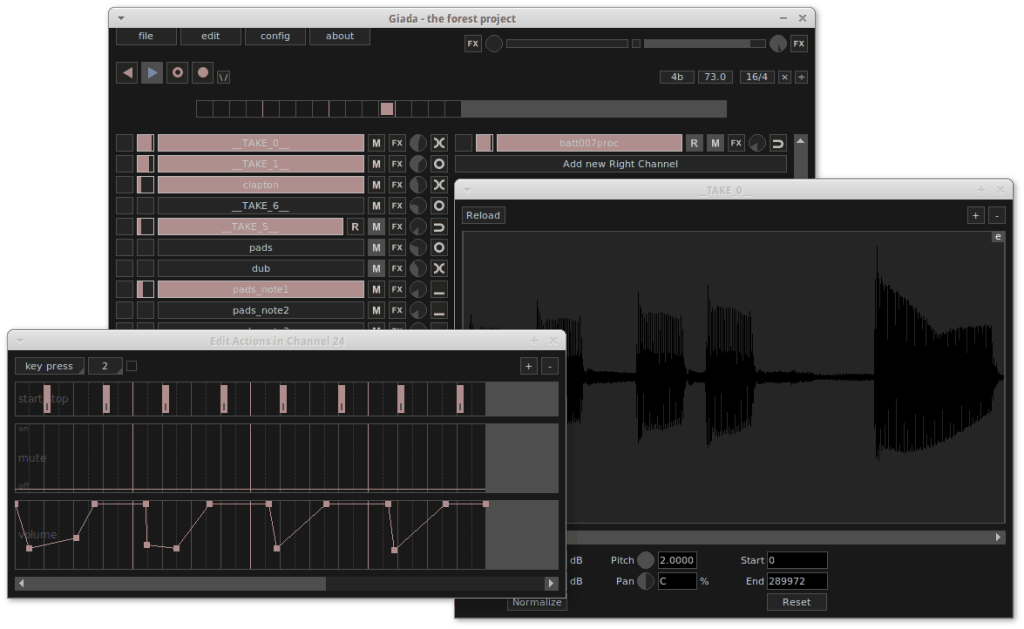 First check your OS type under System Settings -> Details. Choose to download the DEB from the official links below:

Then uncompress the package and click to open the .deb file in result folder with Ubuntu Software Center.

Mixxx is a digital DJ system, where Wave, Ogg, FLAC and MP3 files can be mixed on a computer for use in live performances. Filters, crossfader, and speed control are provided. Mixxx can sync the 2 streams automatically, using an algorithm to detect the beat.

The default Mixxx in Ubuntu repository is v1.10 while the latest has reached v1.11.0 with many great new features, bug fixes and performance improvements! This tutorial shows you how to install Mixxx 1.11.0 in Ubuntu 13.10 Saucy Salamander or Linux Mint 16 Petra via PPA.