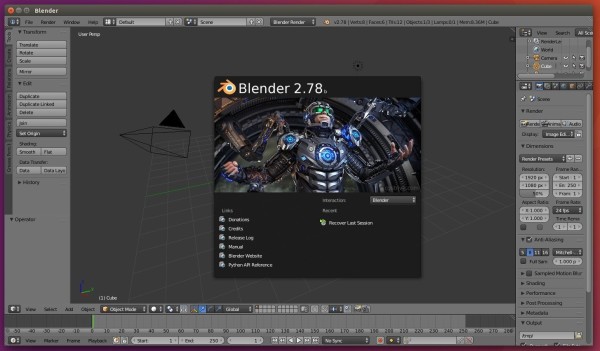 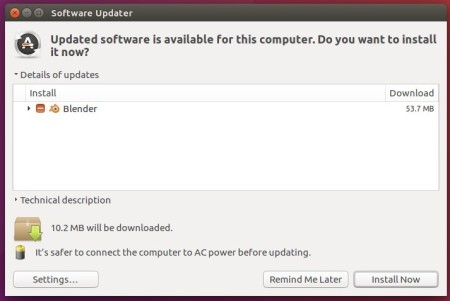 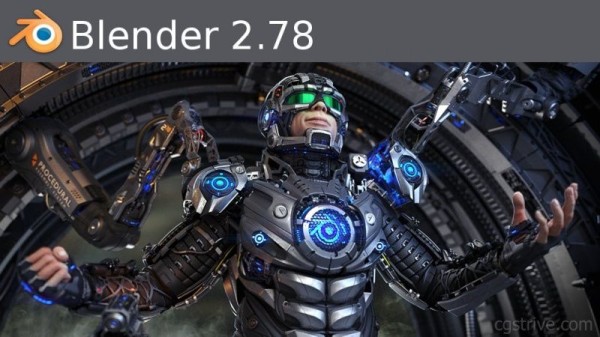 Install/upgrade to Blender 2.78 via PPA:

So you can easily install Blender 2.78 or upgrade from a previous release by following the steps below:

1. Open terminal from Unity Dash, App Launcher, or via Ctrl+Alt+T keys. When it opens, run command:

2. To upgrade from a previous release, simply launch Software Updater and install the updates after checking for updates: 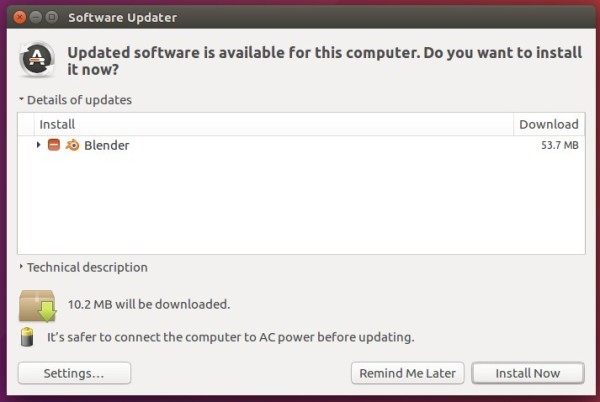 Or install Blender for the first time or upgrade Blender via command:

3. (Optional) To restore to the stock version of Blender in Ubuntu’s main repository, purge the ppa via command:

The Blender Foundation finally announced the stable release for Blender 2.77 this weekend.

How to Install Blender 2.77 in Ubuntu:

Blender 2.77 can be installed via either the official Linux binary, or a third-party PPA for better Ubuntu integration.

There may be a little delay before the current release being made into PPA. Check out the PPA webpage, and read the PPA description before doing below steps.

1.) Open terminal from App Launcher, or via Ctrl+Alt+T keys. When it opens, paste below command and hit run:

Or install it by running the commands one by one in terminal:

Blender, a professional free and open-source 3D graphics software, has reached the 2.76b release. The ‘b’ release brings a few bugfixes to the 2.76 release which was released a month ago. 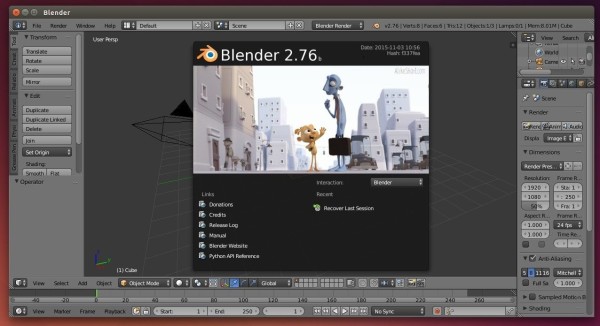 Besides installing from the official binary manually, you can install Blender and receive future updates using a PPA repository.

Thomas Schiex is maintaining a PPA with latest Blender packages, support for Ubuntu 15.10 and Ubuntu 14.04 so far. Follow below steps to add PPA and install/upgrade Blender.

NOTE: As an unofficial PPA, you may first check the PPA page for the current Blender packages and supported Ubuntu editions.

Open terminal from Unity Dash, App Launcher, or via Ctrl+Alt+T shortcut key. When it opens, run below command to add PPA:

Type your password when it asks (type in mind and hit enter, there’s no display when typing password).

2. If you have a previous installed via Ubuntu Software Center or PPA, launch Software Updater and upgrade Blender after checking for updates. 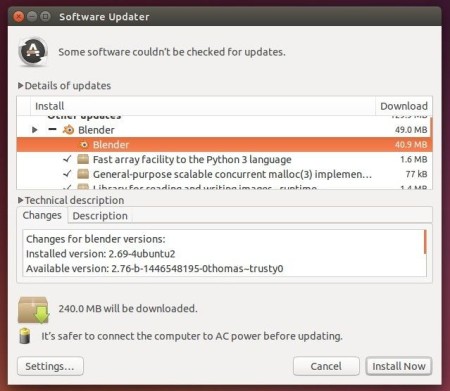 Or, install it via Software Center (check updates needed), Synaptic Package Manager, or via commands: 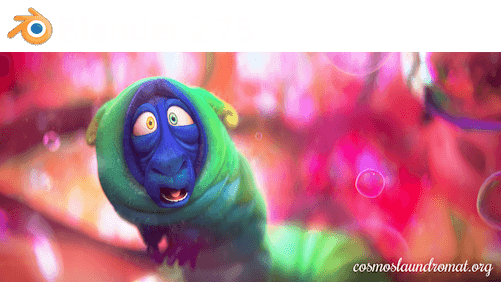