SuperTuxKart 1.2, free and open-source kart racing game, was officially released a day ago.

How to Get SuperTuxKart 1.2:

Source code as well as packages for Android, Linux (portable), Mac OS, and Windows are available for download at the link below:

The PPA so far contains SuperTuxKart 1.2 RC1 package. It should be updated to v1.2 in days. Check the PPA link before getting started.

1.) Open terminal from system application launcher, then run command to add the PPA:

Type user password, no visual feedback, when it asks and hit Enter to continue.

2.) After adding the PPA, either upgrade from an old version via Software Updater, or run commands in terminal to install the game:

To remove the PPA, run command:

To remove the racing game, run: 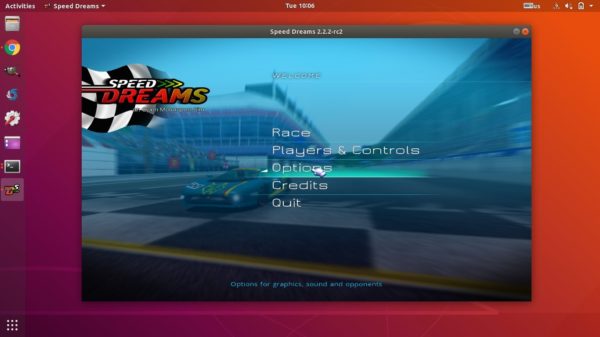 Supertuxkart 0.9.3 Final Released (How to Install)

How to Install Supertuxkart 0.9.3 in Ubuntu:

1. Open terminal via Ctrl+Alt+T or by searching it from app launcher. When it opens, run command to add the PPA:

2. If you have a previous release installed, just upgrade it via Software Updater.

Or run commands in terminal to install or upgrade to Supertuxkart 0.9.3:

You can launch Software & Updates utility and navigate to ‘Other Software’ tab to disable or remove the PPA.

To remove the game, either use your system package manager or run command:

How to Install Speed Dreams (Racing Game) in Ubuntu 15.04 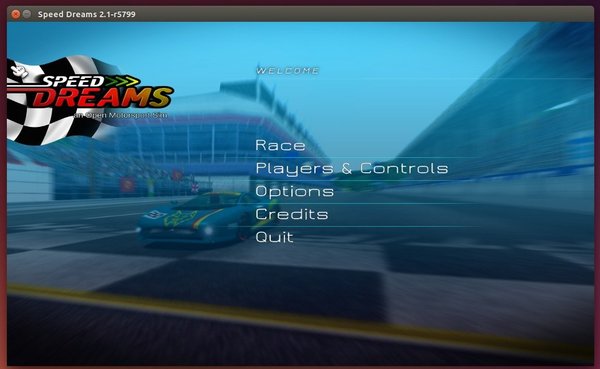 Speed Dreams works on Linux, Microsoft Windows, AmigaOS 4, AROS, MorphOS and Haiku. For Ubuntu, it can be easily installed from PlayDeb repository and below is how:

Open terminal from the Dash/Launcher or by pressing Ctrl+Alt+T on keyboard. When it opens, run: 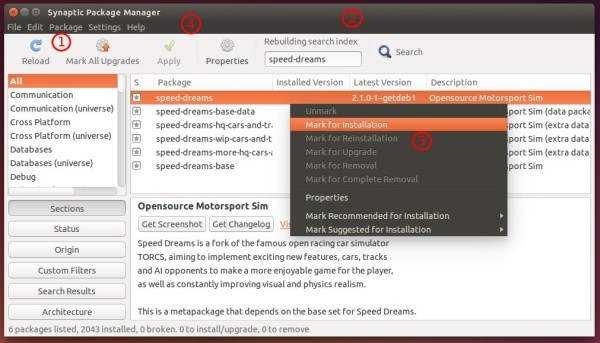 You may install all the packages listed in the above picture to get more cars and tracks.

SuperTuxKart, an open-source kart racing game, finally gets a new stable release after nearly one and a half year since the last release.

2. Install the required library libopenal1 via Ubuntu Software Center, or by running below command in terminal:

3. Unpack the downloaded archive and run the run_game.sh script from in the result folder to start the game:

For those who don’t see the Run option, go to Nautilus file browser’s menu Edit -> Preferences -> Behavior -> select “Run executable text files when they are opened”, and re-open the file browser.

To Create a launcher for the game, so you can launch it from Application Menu or the Unity Dash.

In below steps, I assume that you’ve extracted the game to your user Downloads folder.

1. Open terminal from menu or the Dash. When it opens, run command to edit the .desktop file:

When the file opens, replace values of Icon and Exec with file path to the icon and run_game.sh script.

In below picture, you may replace “handbook” (without quotes) with your username. 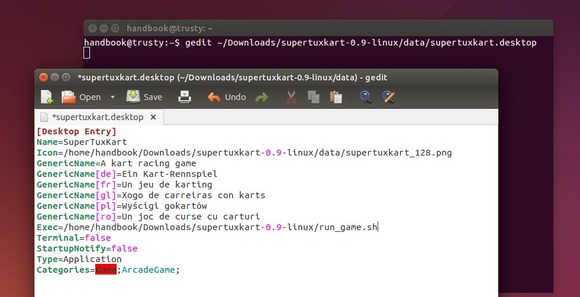 2. Finally copy or move this file to user’s Home .local/share/applications/ folder (press Ctrl+H to view hidden folder), so that your system can read it.

Do it in your file browser, or just run below command in terminal: